Terrance Wise has two jobs in Kansas City one at a burger joint, a second at a pizza restaurant but he says his paychecks aren't enough to buy shoes for his three daughters and insure his 15-year-old car. So he decided to draw attention to his plight: He...

Terrance Wise has two jobs in Kansas City — one at a burger joint, a second at a pizza restaurant — but he says his paychecks aren’t enough to buy shoes for his three daughters and insure his 15-year-old car. So he decided to draw attention to his plight: He walked off work in protest.

Wise was among a few thousand fast-food workers in seven cities, including New York, Chicago and Detroit, who took to the streets last week, carrying “Strike” and “Supersize Our Wages” signs in front of McDonalds, Wendy’s, Burger King and other restaurants. They demanded better pay, the right to unionize and a more than doubling of the federal minimum hourly wage from $7.25 to $15.

It argued the ICER study did not consider the full range of clinical data on the drugs it assesses, and that its analyses lack context. 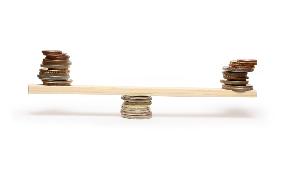 When figures lie: Medical loss ratio may be increasing premiums

The medical loss ratio created the ability to make it look like the numbers are in your favor, but they aren’t.