The Minnetonka, Minn., company released its initial 2014 forecast on Monday, a day ahead of its annual investor conference in New York City. The company said it expects earnings of $5.40 to $5.60 per share on $128 billion to $129 billion in revenue. That widely misses analysts’ average estimate of $5.67 per share on revenue of $132.2 billion, according to FactSet. 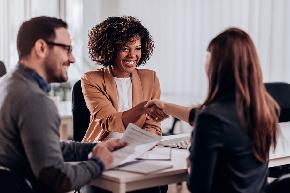