The study found that nearly 30 percent of companies hit with the highest penalties for federal labor law violations from 2007 to 2012 were also federal contractors.

WASHINGTON (AP) — The federal government awards billions of dollars in contracts each year to companies that routinely violate safety, health and wage regulations, according to a report released Wednesday that calls for stricter measures to hold federal contractors accountable.

The study from Democratic leaders on the Senate Health, Education, Labor and Pensions Committee found that nearly 30 percent of companies hit with the highest penalties for federal labor law violations from 2007 to 2012 were also federal contractors. 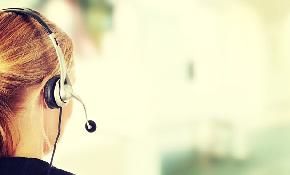 What's the value of 'audio only' health care check-ins?

Should insurers pay for “audio-only” visits? And, if they do, should they pay the same reimbursement rate as an office visit?