The Social Security Administration will run an annual deficit averaging 12 percent over the next decade and the funding gap will grow as more baby boomers retire, according to an analysis by the Congressional Budget Office.

For fiscal 2013, Social Security spending totaled $808 billion, representing about a quarter of all federal spending. Revenue added to the Social Security system in 2013 was $745 billion. The system makes payments to 58 million people, about 70 percent of them retirees or their spouses and children.

How to fill the pipeline with more business prospects

There are many opportunities for finding new clients -- here are a few ideas so you can hit the ground running in the new year. 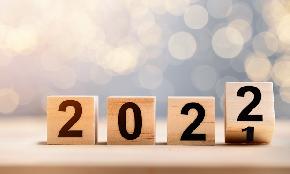 Make a beginning: Looking ahead to 2022

This time of year offers a time for reflection, as well as an opportunity to anticipate the future.