As the sands of time slowly dissolve into the bottomless pit of eternitys hourglass, it helps to use important mileposts like the advent of a new year to measure how far weve moved since the last milepost.

As the sands of time slowly dissolve into the bottomless pit of eternity’s hourglass, it helps to use important mileposts like the advent of a new year to measure how far we’ve moved since the last milepost. 2013 was supposed to bring the issue of the fiduciary standard to a head. Instead, delays have moved that into 2014. But 2013 proved that time eventually erodes all myths.

“Morningstar Star Ratings: Do They or Don’t They Predict?” (FiduciaryNews.com, Jan. 29, 2013) The idea that mutual fund rating agencies might have lost their magic stems from the trend of moving to single portfolios, which called into question the relevance of those rating agencies. But, upon closer analysis, we began to wonder if the ratings really meant anything in the first place. Early Morningstar studies indicated their ratings weren’t meant to be predictive. After conflicting subsequent studies, most seem to agree it’s best to use Morningstar for its data aggregation value and not its ratings system. 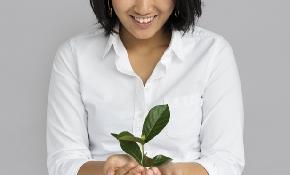