The council of the second-most populous U.S. city approved the measure to treat so-called e-cigarettes the same as conventional tobacco products.

March 4 (Bloomberg) — The Los Angeles City Council voted to join New York and Chicago in banning the use of electronic cigarettes in workplaces, restaurants and many public areas, threatening the growth of an industry segment that reached $1.5 billion in sales last year.

By a vote of 14-0, the council of the second-most populous U.S. city approved the measure to treat so-called e-cigarettes the same as conventional tobacco products, which California has restricted since 1995. If Mayor Eric Garcetti signs the legislation, the ban would take effect a month later. Garcetti spokesman Yusef Robb did not immediately respond to an e-mail asking for the mayor’s position.

The secret payments in your company's health plan

Under the law, plan sponsors can now see exactly what they’re paying for, allowing them to more easily and clearly determine which brokers provide the best value for their dollars. 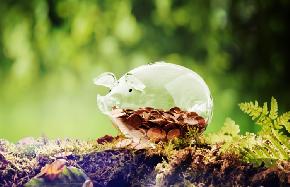 Bringing pharmacy costs into the light: Transparency is key to capping costs

Regardless of the path to reducing prescription drug costs, a fundamental starting point is transparency — supplying all stakeholders with clear data on where the money is going and what it’s for.