Bronze plans under PPACA aren't pretty. But theres a way that bronze can be turned into gold.

Last April at Benefits Selling Expo in San Diego, there was a lot of strategic talk about the looming employer mandate. Brokers were speculating that as much as a third of their employer groups would cease offering benefits altogether. With a projection of millions of uninsured individuals moving into 2014 with brand new coverage bought through the exchanges (and without agent assistance), I’ve heard a lot of “woe is me” talk. It seemed we were entering “The Bronze Age” of benefits, and brokers would be going the way of the woolly mammoth.

Of course, shortly after the expo, changes to the law began, starting with the employer mandate delay. Now several months into 2014, there have been a number of delays, extensions and changes to PPACA. 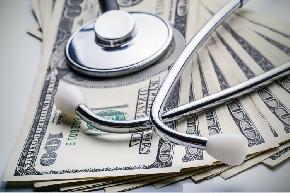 Overcoming the threat and fear of medical bankruptcy due to emergencies could be the top health equity issue your clients face, and one of the top employee stressors, as well.