Mark Twain once famously said there are Lies, damned lies and statistics.

Mark Twain once famously said there are “Lies, damned lies and statistics.” He was referring to his self-compiled statistics on his own writing production, but given Twain’s general skepticism (he would probably have been a member of the Tea Party today), one can easily imagine him applying it to any number of figures supplied to us by the government.

It seems that for as long as I can remember, the government and the national media have emphasized the unemployment rate as a measure of our nation’s economic prowess. Ronald Reagan, in his own Tea Party-like revolution in the 1980 election, often used it as the source of his famous “Misery Index” (along with inflation). While it may have accurately assessed the nation’s misery at that time, even then it failed to accurately spell out our nation’s growth.

How small businesses can protect against ransomware attacks

Small businesses are often targets of hackers because they have fewer resources in the event of a cyberattack, or that’s the common misconception. 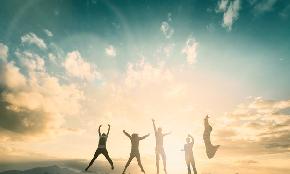 How to design a wellness challenge for the post-pandemic workplace

Reframing the goals of wellness challenges can make a meaningful difference in workplace culture.