The tentative plan announced today would seek to block the actions while providing funding for other immigration activities.

Your article was successfully shared with the contacts you provided.
(Bloomberg) — House Republicans plan to vote next week on legislation to block President Barack Obama’s executive actions on immigration, days before the president’s State of the Union address on Jan. 20.   The tentative plan announced today would seek to block the actions while providing funding for other immigration activities, said Representatives Charles Boustany and John Fleming, both of Louisiana, after House Republicans held their weekly private meeting.   “The president’s executive actions with regard to immigration are outside of the Constitution and outside of his powers,” House Speaker John Boehner told reporters. “We can deal with that issue in the Department of Homeland Security bill without jeopardizing the security of our country.”   Obama announced Nov. 20 he was easing deportation rules to allow as many as 5 million undocumented immigrants to stay in the U.S. For years, Congress has been unable to agree on legislation to address such immigrants.   Republicans insisted last month on funding the Homeland Security Department, which is responsible for immigration, only through February so they could return to the issue this year.   The Republicans’ provision would be attached to a spending bill to finance the agency through Sept. 30, the end of the 2015 fiscal year.   House Appropriations Chairman Hal Rogers of Kentucky said, “The hope is that we could file a bill Friday, in time for it to come to the floor Tuesday or so next week.”   A measure to defund Obama’s immigration orders was introduced by Representative Martha Roby, an Alabama Republican, and could be added to the Homeland Security funding bill, said Roby spokesman Todd Stacy.   Rogers today repeated his position that Obama’s orders can’t be defunded, though language changing the underlying law could be attached to the Homeland Security measure.   With assistance from Roxana Tiron, Derek Wallbank and Kathleen Miller in Washington.

Why supporting your millennial managers may help during the 'Great Resignation

As the largest generation in the workforce today, millennial managers have a significant impact on an organization’s ability to not only survive but thrive. 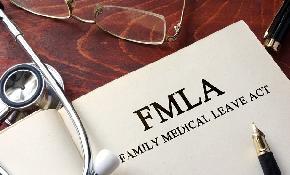