According to a Gallup survey of more than 170,000 U.S. adults, some states reported stunning drops in the number of uninsured.

Access to low-cost health coverage for millions in 2014 led to a reduction in uninsured adults nationally from 17.3 percent to 13.8 percent. However, according to a Gallup survey of more than 170,000 U.S. adults, some states reported stunning drops in the number of uninsured.

The sharpest reductions were reported by residents of Arkansas and Kentucky. The former reported a drop from 22.5 percent in 2013 to 11.4 percent last year, while the Bluegrass State’s rate fell from 20.4 percent to 11.4 percent.

Working from home has taken a toll on health outcomes

Months of working at a kitchen table (or worse) for hours a day has led to an increase of musculoskeletal problems.

In a recent survey, just 1% of large employers said they would decrease the number of health center locations as a result of the pandemic. 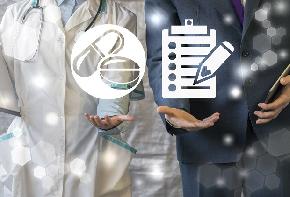 The pharmacy benefits market is heating up, as billionaire investor Mark Cuban’s drug company also introduces its own PBM.