Retirement crisis not a crisis?

One retirement pundit says there is no crisis, that your expenses as a retiree will be lower, and maintaining your standard of living will be easier than thought. What is he thinking?

If you’re not raising kids in retirement, you don’t have to worry about having enough money to retire—so there’s no retirement crisis.

That’s according to Andrew G. Biggs of the American Enterprise Institute, who said in a recent blog post that parents don’t have the same expenses in retirement that they did during the years they were raising their children, so it’s far easier to “maintain the same standard of living in retirement that you had during your preretirement years.” 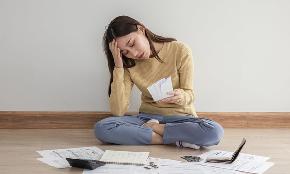 Personal debt still affects financial decisions, even after it declined

Americans reduced personal debt by 25% since 2019, but it still affects other financial decisions.