Nearly half of the $700 billion increase in corporate pension liabilities since 2008 resulted from falling interest rates, according to Moodys Investors Service.

Nearly half of the $700 billion increase in corporate pension liabilities since 2008 resulted from falling interest rates, according to Moody’s Investors Service.

In a new report, Moody’s said that while U.S. nonfinancial corporate pension liabilities “increased significantly over the past several years,” by some $703 billion, to an estimate of $2.1 trillion by the end of this year, much of that increase came from lower discount rates—$342 billion, in fact.

Why inflation is a stealth Social Security cut: Kotlikoff

Not only do COLAs have little muscle but retirees find more of their benefits subject to tax, the economist says. 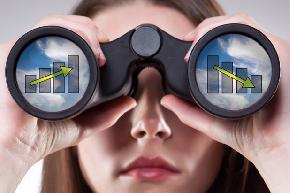 What's on the horizon for retirement plans?