Valeant CEO Pearson will step down, Ackman added to board

Valeant Pharmaceuticals International Inc. Chief Executive Officer Mike Pearson will step down in a board and management shakeup after a series of controversies that culminated in a 61 percent drop in the shares last week.

The drugmaker has started a search to replace Pearson, who will stay CEO until a successor is found, according to a statement Monday. Bill Ackman, the billionaire investor whose Pershing Square Capital Management LP is one of the drugmaker’s biggest investors, will join the board. Valeant said it asked former Chief Financial Officer Howard Schiller, who took over for Pearson during a two-month medical leave, to resign from the board following “improper conduct.” Schiller, in a statement via his law firm, said he never engaged in any improper conduct and refused to step down as director. 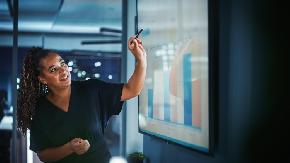 A hybrid workforce calls for a new approach to open enrollment

We are seeing significant value in virtual options as brokers and providers tailor their messaging to specific clients’ needs – and give a more in-depth look as to how plan options can benefit their employees.