Reports trickling in from the Supreme Court hearing on Zubik v. Burwell, the latest challenge to the Patient Protection and Affordable Care Act’s (PPACA) contraception mandate, suggest that the high court will likely deadlock, 4-4, on the case.

This could mean that the suit, brought by David Zubik, a Catholic bishop in Pittsburgh and 30 other religious groups, will likely not be resolved.

As a result, the conflicting rulings from more than half a dozen lower courts on similar suits will stand, leaving in place a variety of different interpretations to the contraception mandate.

You can be forgiven if you thought the contraception issue was resolved by the 2014 ruling, Hobby Lobby v. Burwell, in which the court, in a 5-4 ruling, upheld the right of employers to reject providing contraception coverage to employees for religious reasons.

But what the current case centers on is the way the Obama administration sought to accommodate such employers. The government has told employers that they can opt out of the mandate, in which case the insurance company providing their employees health coverage will cover the cost of contraception coverage, instead of the employer itself.

However, the administration’s compromise position was deemed unsatisfactory by many religious groups, which have insisted that the requirement that they jump through the various regulatory hoops necessary to be granted an exemption constitutes an unconstitutional burden on their religious views.

In the Wednesday hearing, the court’s four conservative justices, including Justice Anthony Kennedy, who is often a crucial swing vote, appeared to embrace the view of the plaintiffs. Kennedy suggested that the government’s position made religious groups “complicit in a moral wrong,” reports the New York Times.

What appears clear, reports the Times, is that none of the court’s four liberal justices will side with the plaintiffs to strike down the contraception mandate.

For many conservatives hoping to chip away at the PPACA on its sixth anniversary, the deadlocked court is a painful display of what they lost with the recent death of Justice Antonin Scalia, who surely would have sided with PPACA opponents in this case, as he did in every case involving the landmark health law.

Indeed, it is cases such as these that illustrate why Senate Republicans insist they will not consider confirming Judge Merrick Garland, who President Obama nominated to fill the vacancy created by Scalia’s death. Even though Garland is considered a moderate, his appointment would still likely shift the court to the left on a number of issues, considering that Scalia was a reliable conservative on most issues.

However, as the prospect of Donald Trump becoming the GOP nominee gets more and more likely, the benefit of holding up Garland’s nomination becomes less clear for conservatives. First, polls suggest Trump is a major underdog in a general election contest against Hillary Clinton, who might nominate a more liberal judge than Garland if she captures the White House. But in the unlikely event that Trump does prevail in a general election, many conservatives are not convinced that he would pick a justice satisfactory to them. 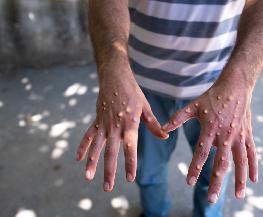 "Employers might not be as generous with time off as they were during COVID. I'm not sure monkeypox is going to require that. It's going to be interesting," said attorney Katherine Dudley Helms of Ogletree Deakins.