A proposed bill would not only let employers require genetic testing of employees and their families as part of a workplace wellness program, it would let them penalize any employees who decline to participate.

The future of your job could lie in your genes—along with financial penalties, loss of privacy and a compulsory wellness program.

It may sound futuristic, but it could end up being in your present if the Republican Congress has its way.

The New York Times reports that HR 1313, known as the Preserving Employee Wellness Programs Act, proposed by Rep. Virginia Foxx, R-NC and chairwoman of the House Committee on Education and the Workforce, would not only let employers require genetic testing of employees and their families when the testing is part of a workplace wellness program, it would also allow them to penalize any employees who decline to participate in that program.

Stat News reports that the bill was approved by a House committee last week, with the vote strictly along party lines—Republicans voting yea, Democrats voting nay.

Although it’s not part of the effort to repeal the Affordable Care Act, it’s expected to be incorporated into “a second ACA-related measure containing a grab-bag of provisions that do not affect federal spending, as the main bill does,” the report says.

Not only Democrats but numerous advocacy groups are opposed to the measure, since it would wipe away privacy and discrimination protections from a 2008 law called GINA.

Its text specifically says that the protections offered by GINA and other measures, such as the Americans with Disabilities Act, do not apply when genetic tests are part of a workplace wellness program.

Such programs are regarded as “voluntary” even if workers must pay thousands in higher premiums and deductibles if they decline to participate.

Not only would H.R. 1313 erode employee privacy—and that of their families—it will also cost them.

Since the compulsory data would also be permitted for underwriting—something that’s specifically denied under existing law—that could make those wellness programs very costly, since underwriting could be adjusted to accommodate projected higher costs for those with genetic predispositions to illness.

The report also says that employers that have wellness programs but do not sponsor health insurance could dock the paychecks of nonparticipating workers instead of boosting insurance premiums.

Also, wellness program companies, according to the report, sometimes sell the data they collect, thus exposing employees to all sorts of marketing solicitations.

The reports point out that while companies say wellness programs “keep workers healthier and help reduce insurance costs,” a number of studies don’t agree with that assessment.

The Stat News report says, “Rigorous studies by researchers not tied to the $8 billion wellness industry have shown that the programs improve employee health little if at all. An industry group recently concluded that they save so little on medical costs that, on average, the programs lose money.”

However, it points out that use of such programs allows employers an additional means of shifting health care costs to employees.

In addition, H.R. 1313 would make it possible for employers, particularly in small companies, to tie genetic test results to specific employees, thus increasing the potential for discrimination.

“It would allow employers to ask employees invasive questions about … genetic tests they and their families have undergone,” Nancy Cox, president of the American Society of Human Genetics, said in a letter to the House Committee on Education and the Workforce the day before the committee approved the bill, and “to impose stiff financial penalties on employees who choose to keep such information private, thus empowering employers to coerce their employees” into providing genetic information.

Lonny Stormo, CEO of Pops Diabetes Care, describes what these tech advances in areas like diabetics could offer as we lean toward consumer-driven healthcare. 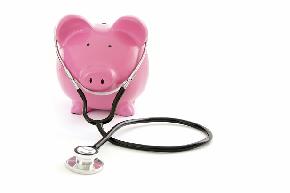 One indelible lesson of the pandemic has been how closely physical, emotional and financial health are related.