Without an extension, funding for the Children's Health Insurance Program would be exhausted by the end of September, leaving nearly nine million children without health insurance.

The Senate Finance Committee has arrived at a deal to extend the funding for the Children’s Health Insurance Program by five years.

The New York Times reports that Senator Orrin G. Hatch, R-UT, chairman of the committee, and ranking member Ron Wyden, D-OR, announced the deal to keep the program from running out of federal funds. The current funding would be exhausted by the end of September, leaving nearly nine million children without health insurance. The program is designed to help families that can’t afford other coverage but make too much to qualify for Medicaid.

Lonny Stormo, CEO of Pops Diabetes Care, describes what these tech advances in areas like diabetics could offer as we lean toward consumer-driven healthcare.

Clients and birthdays: Are you missing an opportunity?

Your client’s birthday might not be acknowledged by anyone. You can change that. 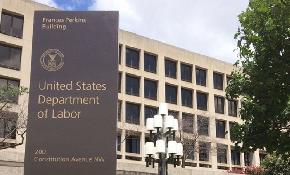 Labor extended the non-enforcement policy on its fiduciary rule to Jan. 31.