11 facts to know about catch-up contributions

As the Senate debates removing tax incentives for extra retirement savings, here are 11 facts to consider about catch-up contributions to retirement plans.

The Senate version of the Tax Cuts and Jobs act, released last week, included a provision that would eliminate catch-up contributions to 401(k) accounts for workers making more than $500,000 a year.

Over the weekend, Sen. Orin Hatch, R-UT, chair of the Senate Finance Committee, filed an amendment to the bill that would allow catch-up contributions but require that they be made on an after-tax, or Roth basis.

Pay equity trends in the workplace: What businesses don't know can (and will) hurt them

Businesses who take pay equity seriously will not only minimize legal risk but can also help businesses attract – and keep – good employees. 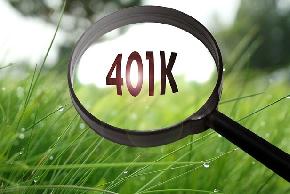