While for the most part, shifts in the meaning of words are harmless, for key industries where specific wording matters, use of outdated terms can lead to major issues. Here are 10 DB plan investment terms, updated.

Remember when a “cloud” was a fluffy white mass of crystallized water in the sky? Or “viral” referred to a case of strep throat? The words that make up our vocabulary are cosntantly changing and adapt new meaningings, sometimes distorting to the point where the original meaning is completely… meaningless.

Though we might look to social media as the most prominent stage for examples of etymological evolution, “semantic change,” as it is more commonly known, is a phenomenon as old as language itself. While for the most part, such mutations are harmless, for key industries where specific wording matters, use of outdated terms can lead to major issues.

Let's update the enrollment communication by updating the terms of engagement

Even though we have made the process easier and are delivering benefit choices through digital media, surveys of employees continue to show dissatisfaction.

Stand out in a crowd: How to get big ROI from a trade show booth

You want future business from being present, so make sure attendees know you are there and give them a reason to stop at your table. 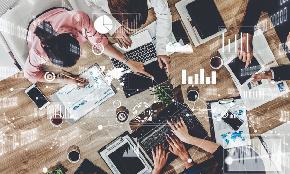 The new BenefitsPRO and ADP report outlines how the role of HR has grown at a time when companies are scrambling to attract and retain employees, who have a range of new issues and options.