Bitcoin exchange operator charged with lying to SEC about hack

A hack left the operator of a now-defunct cryptocurrency platform without enough bitcoins to cover what he owed users, prompting him to lie to regulators, prosecutors said.

(Bloomberg) — The operator of a now-defunct cryptocurrency investment platform was charged with lying to U.S. regulators to hide the fact that hackers stole more 6,000 of his customers’ bitcoins.

Jon Montroll, 37, of Saginaw, Texas, was charged with two counts of perjury and one count of obstruction of justice in a complaint unsealed Wednesday by the office of Manhattan U.S. Attorney Geoffrey Berman. The U.S. Securities and Exchange Commission also filed a lawsuit accusing Montroll of violating securities laws.

The sweeping new retirement savings legislation will likely become law any day now, however, it’s not a catch-all solution and employers still need to make some adjustments to further differentiate themselves. For 2023, 52% of plan sponsors say providing financial wellness tools will be a top priority, since nonprofits are placing a greater emphasis on financial education, says a new report. 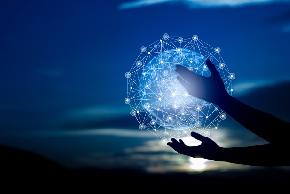 Choice is good for participants, but too much choice is counterproductive in retirement systems, according to a new Morningstar report that evaluated retirement systems in eight “highly educated and wealthy countries.”