The suit, which seeks class action certification, claims that the pharmacy giants insurance plan violates plaintiffs privacy by forcing them to buy their HIV/AIDS medication at retail CVS stores or have them mailed to their home.

Earlier this month, Edith Kallas and Alan Mansfield of WhatleyKallas and the nonprofit consumer advocacy group sued CVS Health in the U.S. District Court for the Northern District of California on behalf of four anonymous plaintiffs. The suit, which seeks class action certification, claims that the pharmacy giant’s insurance plan violates plaintiffs’ privacy by forcing them to buy their HIV/AIDS medication at retail CVS stores or have them mailed to their home. A nearly identical suit was filed the same day in California’s Central District trial court.

Actions against insurers over COVID test coverage set to ramp up

Health care facilities across the country are fighting insurance providers’ refusal to compensate the costs of COVID testing. 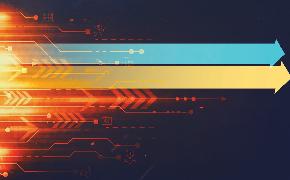 Here are the COVID-19 related expenses that are required to be covered at 100% cost-sharing -- and for how long.