Infographic: The state of independent workers

Today’s independent workforce is happy, healthy and thriving, according to a the “2018 State of Independence in America Report” from MBO Partners.

Poor gig workers. There was a time when you felt bad for them. College grads unable to find steady work and exploited Uber drivers barely making minimum wage were held up as the poster-children of this class of workers. In reality, today’s independent workforce is happy, healthy and thriving, according to a the “2018 State of Independence in America Report” from MBO Partners.

The latest numbers show that despite the plethora of available payroll jobs, the independent workforce has increased 2.2 percent since 2017 and has increased consistently since 2011. “These stats indicate that independent work and traditional jobs are not engaged in a zero-sum fight, but rather, growing in unison,” says Gene Zaino, CEO of MBO Partners. “People from all industries choose to become independent professionals, and the key word here is ‘choose.’”

Companies have made D&I a priority in their workforce, but tangible results have been difficult to truly deliver. 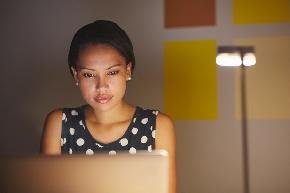