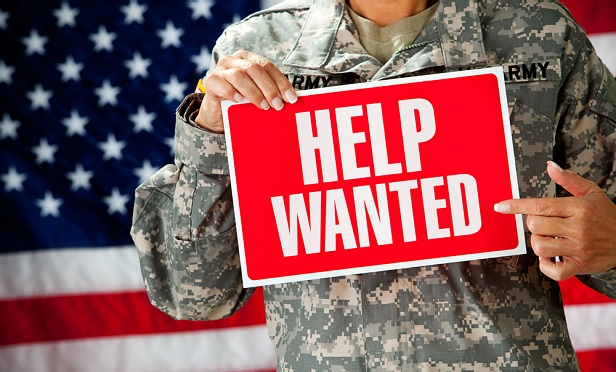 For veterans transitioning to civilian life, searching for a job can be difficult. Here are 5 insights into hiring veterans. 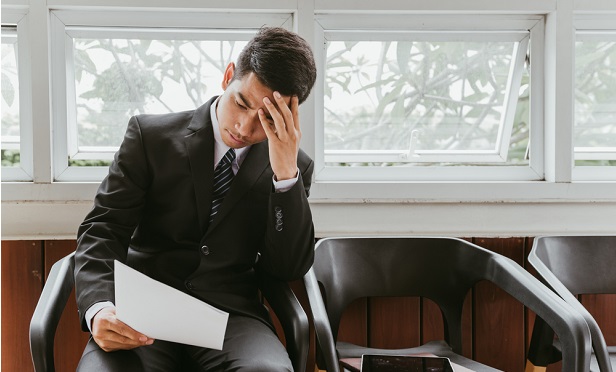 1. Nearly all veterans look for jobs after the military -- but experience preparing for, and finding a job, vary.

Ninety-four percent (94 percent) of veterans look for jobs after leaving the military. Veterans are most interested in pursuing jobs in information technology/information services (17 percent), defense technologies (16 percent) and government (15 percent). Together, these three industries comprise nearly half of all veteran job searches after leaving active duty (48 percent). 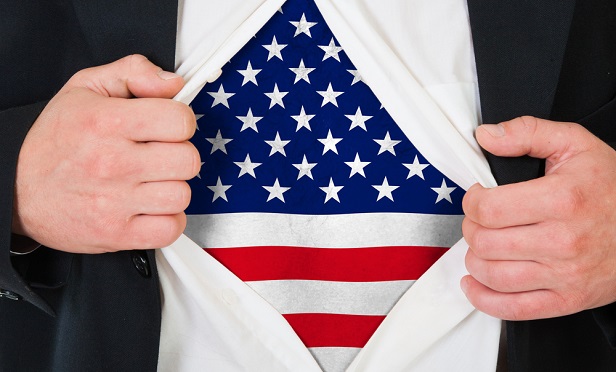 2. Veterans seek employers who offer benefits for serving in the military, but are not likely to leverage veteran networks in the job search.

Veterans often look for employers who offer them benefits for serving in the military. In fact, veterans say the following aspects were most important about prospective employers: accepted military training in place of civilian credentials (79 percent); had a track record of hiring veterans (74 percent); had recruiters who are veterans themselves (64 percent); had special veteran onboarding programs (60 percent); had a support group for veteran employees (60 percent) and had a dedicated veteran recruiting team (58 percent).

Despite seeking veteran-related benefits when job hunting, most do not rely on military resources or networks. When looking for their first job after the military, 40 percent of veterans sought help from family and friends, followed by online job sites (37 percent). Comparatively, fewer turned to military career services (31 percent) or fellow veterans (30 percent). Additionally, veterans were more likely to search for jobs using career sites (44 percent), word of mouth (41 percent) and networking (38 percent), compared to military job boards (27 percent) and veterans' associations (25 percent). 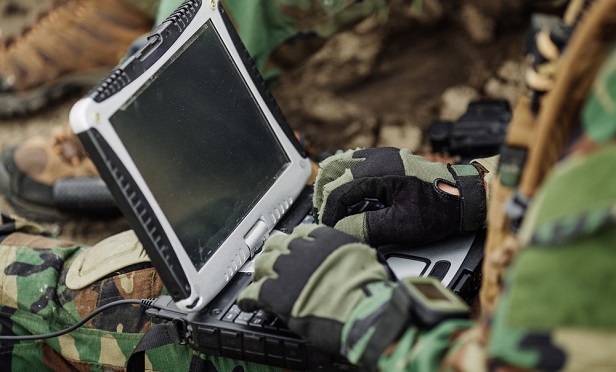 3. Veterans face a range of barriers when looking for jobs after leaving the military.

From translating their military experience to civilian roles, to the necessary job hunting requirements such as networking, interviewing and creating a resume, job searching is as much of a nightmare, if not worse, as it for other workers.

Veterans’ number one challenge job hunting after leaving the military was finding work at the same level they were at in the military (67 percent), followed by finding jobs that matched their skills in the military (63 percent) and translating their military skills to a civilian job (62 percent). This may be related to that fact that over half of veterans looking for a job after active duty (55 percent) felt recruiters and HR professionals didn’t understand their experience in the military.

Additionally, veterans admitted that networking (60 percent) was a challenge, as well as interviewing (60 percent) and creating a resume (59 percent). Beyond translating their skills and performing job hunting tasks, veterans also struggled with cultural immersion –with only half (46 percent) saying they felt accepted right away in their new company, and another 42 percent said it took a few months. 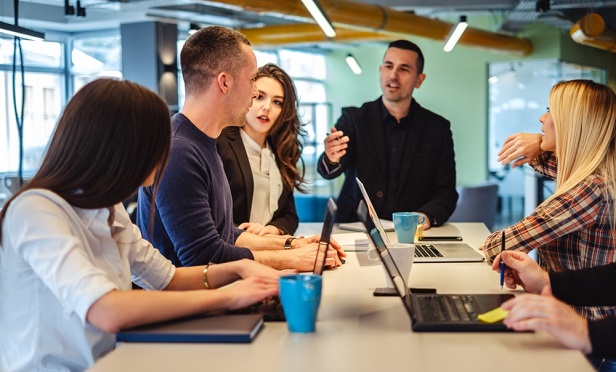 4. However, many barriers subside after integration in the civilian workforce.

Once in first civilian job after the military, many veterans felt satisfied with the level of acceptance from coworkers (93 percent), onboarding experience (90 percent), workplace culture (85 percent), benefits package (81 percent), salary/pay (80 percent) and respect for their skills learned in the military (78 percent). While it was challenging for 67 percent of veterans to find work at the same level they were at in the military when first job searching, it is far less of a challenge for them today (47 percent).

Additionally, although finding jobs that matched their skills in the military (63 percent) was a top challenge during their initial search, today it is much less (43 percent) of a challenge.

The most positive shift was around creating resumes: 59 percent of veterans said this was challenge when first job searching, and only 36 percent feel that way currently. While there are some positive shifts as veterans integrate into the workforce, one in three (34 percent) still today feel underemployed. 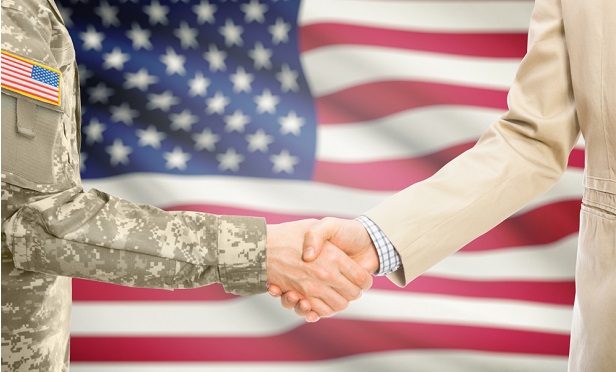 5. Overall, veterans feel they have certain advantages because of their military experience, and believe companies can benefit from this experience as well.

Nine in ten (89 percent) say soft skills (e.g., leadership, integrity and decision-making) learned in active duty were useful in getting a job, and 93 percent say those skills were useful in succeeding in the workplace. In general, veterans feel they possess the following skills more than their civilian counterparts: self-discipline (77 percent); ability to work under pressure (73 percent); teamwork (66 percent); leadership experience (63 percent) and commitment (61 percent).

Over eight in 10 veterans (85 percent) found employment in the industries they were interested in, and 63 percent believe their current employer values the experience they gained in the military.

While veterans often face barriers entering the civilian job market after leaving the military, most find ways to leverage the skills they learned while serving to secure gainful employment, according to Monster’s 2018 Veteran Hiring survey.

“Veterans are a highly skilled talent pool,” says Bob Melk, Monster’s chief commercial officer. “There is no question about the value those who have served can bring to our civilian workforce and economy.”

“All of the companies highlighted on this year’s list recognize that value, and are leading the way with programs and innovative initiatives,” Melk says. “Along with the results from our survey, we hope this information will inspire and motivate other employers to strengthen their ranks with veteran talent.”

The list is based on nominations by veteran hiring experts and self-reported data from the nominees on hiring and onboarding practices, with a focus on percentage of 2018 hires that were veterans and total percentage of the workforce composed of veterans. For each of the winners, at least 18 percent of hires in 2018 have been veterans (up 20 percent over last year) and 17 percent or more of their workforce are veterans (up from 15 percent).

“The companies on this year’s list are exemplary employers when it comes to their veteran hiring,” says Steve Jordon, retired U. S. Navy Captain and executive director of Veterans Employment Initiative for the Northern Virginia Technology Council, and a member of the panel of judges. “They put in place specific strategic plans and policies to ensure their veteran recruitment, onboarding, and retention programs were scalable and effective. Plus, they have shown their ability to understand where the gaps are in the hiring and retention process and innovate to close those gaps.”

Many who made the list are repeat winners, an important demonstration of ongoing commitment. Two of the companies — CACI International and PRISM, Inc. — appear for the first time.

“When companies engage with and hire transitioning service members and veterans, they gain more than just a dedicated employee for their business,” says Evan Guzman, founder of The MiLBRAND Project, an agency dedicated to helping businesses and employers attract and retain veterans and military spouses, who was also on the selection committee.

“The vast majority of Americans hold our military in high regard and when businesses showcase their commitment to veteran hiring and retention, it’s great for their business on so many levels,” Guzman says. “The companies on this list understand how important it is for businesses to let veterans know they are eager to hire them and communicating the ability to understand their skill set is crucial to attracting this talent pool.”

Regardless of a mandate, implementation of COVID-19 policies is critical for the health and welfare of employees and their families.