What consumers need to know about appealing claim denials

There’s no sugarcoating it: Getting to “yes” with a health plan can be an ordeal, and consumers may need help.

Have you ever stepped up to the pharmacy cash register only to learn your new prescription will cost you hundreds of dollars — instead of your typical $25 copay — because your insurance doesn’t cover it? Or received a painfully high bill for a medical test because your health plan didn’t think it was necessary?

Most people have, but only a tiny fraction ever appeal such decisions. In 2017, for example, enrollees in federally run Affordable Care Act marketplace plans appealed fewer than one-half of 1 percent of denied medical claims, according to an analysis by the Kaiser Family Foundation. (Kaiser Health News is an editorially independent program of the foundation.) 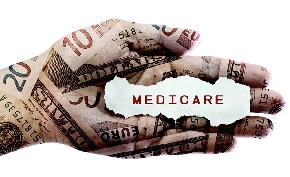 We sat down with Mark Waterstraat, Chief Customer Officer at Alegeus and an industry expert in consumer health care funding, to learn more about health benefits for those impacted, specifically COBRA—how it works, who is eligible, what it costs, and more.