How you feel about the the pandemic and our country's response depends a lot on who you are and where you live. 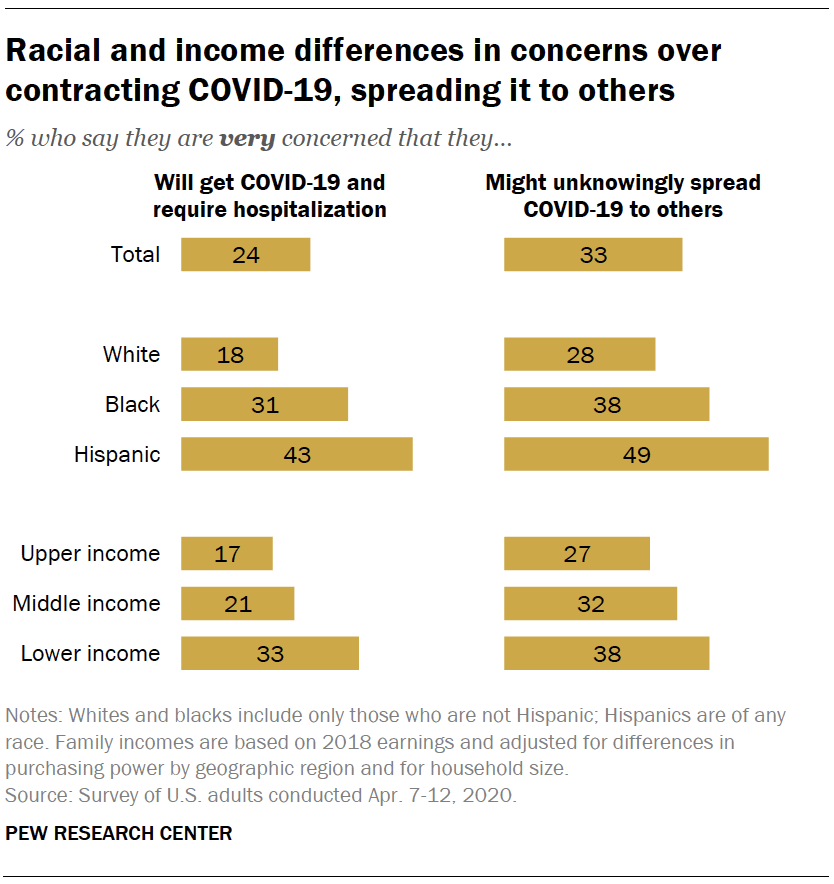 The more the coronavirus consumes everyone’s attention, between fears of the disease itself and worries about its upending of the economy, some groups are—as might be expected—more worried than others about various aspects of the situation.

A recent study from the Pew Research Center delved into the specifics of how Americans are responding differently to the treat of the virus. Not only do they differ on whether their fears are focused inward (whether they’ll get the illness themselves) or outward (whether they’ll infect others), but their worries vary based on race, age, income and party—as well as other demographics. 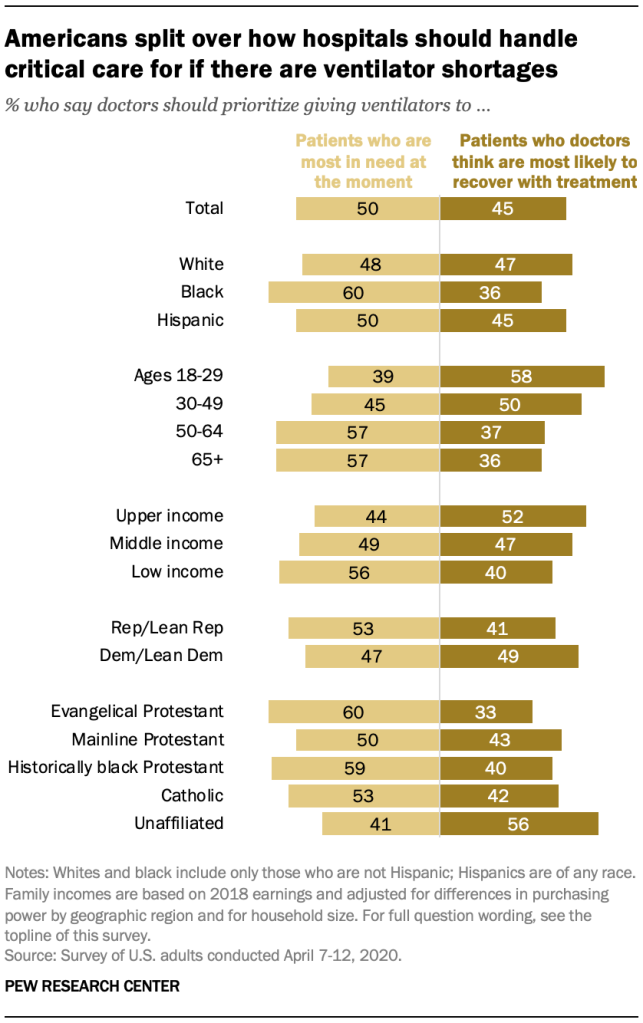 When it comes to political affiliations, Republicans in counties with more reported deaths from the coronavirus (31 percent) are approximately twice as likely to be very concerned that they will get the coronavirus and be hospitalized than those in counties where deaths per county can be classified as more moderate (13 percent) or low (17 percent). Democrats, however, don’t vary all that much in their levels of concern based on geographic areas.

When it comes to the priority of care, 50 percent overall say that those who need it most should be given critical care (use of ventilators), while 45 percent say that care should go to those whom doctors feel are most likely to recover with treatment.

But among religious affiliations, 60 percent of evangelical Protestants and those affiliated with historically black Protestant denominations (59 percent) say that the priority should be given to patients based on their need in the moment. In addition, 53 percent of Catholics prioritize those most in need, compared with 42 percent that opt for the people most likely to recover. Among Mainline Protestants, the division is nearly equal, but 56 percent of religiously unaffiliated respondents opt for giving scarce ventilators to the people who are most likely to recover.