Is the COVID-19 death rate higher or lower than current estimates?

Just as thousands of people have gone uncounted as “silent carriers” of the virus, countless more may have died as a result of the virus without it being detected.

As our collective knowledge about the COVID-19 coronavirus has continued to develop, researchers have realized that the virus may not be as deadly as thought. Thousands of Americans may have contracted the virus and gone untested and uncounted due to a lack of symptoms or the mildness of them.

A recent study out of the University of Southern California concluded that some 4.1 percent of residents in Los Angeles county had contracted the virus–much more than previously thought. A similar study from Stanford, based on residents of Santa Clara county, suggested that the infection rate may be as much as 10 times the current estimate, and that the U.S. death rate was somewhere between .12% and .2%–much lower than the current 4.1% estimate.

However, just as thousands of people have gone uncounted as “silent carriers” of the virus, countless more may have died in recent months as a result of the virus without it being detected. In fact, some coroners are going back to perform autopsies in cases of unusual deaths to check for signs of the virus, and one such review has pegged the first coronavirus death in the United States as a woman in California on February 6. Her listed cause of death at the time was a heart attack.

Adding to this suspicion is a recent study out of Yale that showed that many states saw a higher-than-average death rate during the month of March. 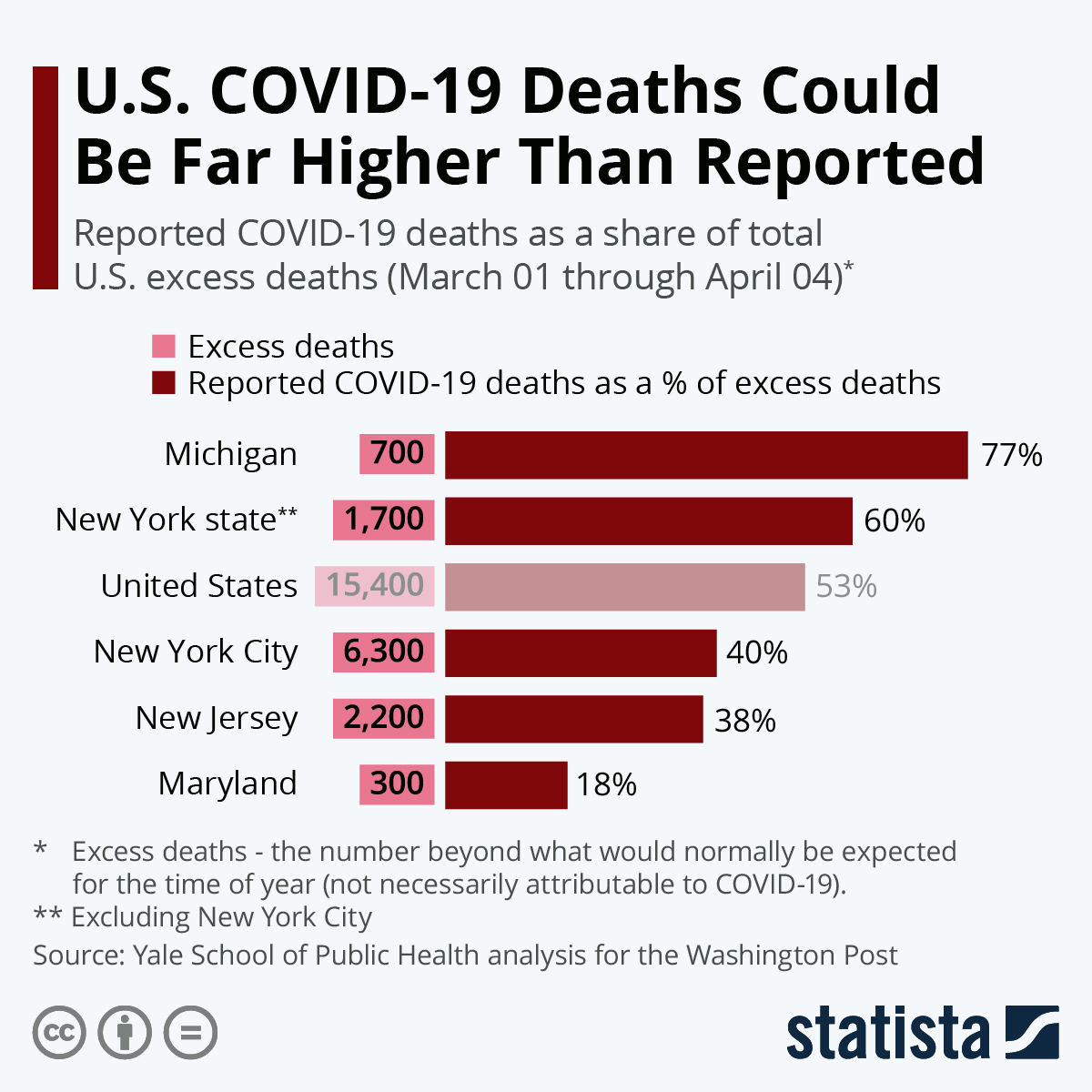 You will find more infographics at Statista

In the United States, 53% of excess deaths between March 1 and April 4 were attributable to coronavirus. Some of the remaining 47% may also have been tied to the virus, either directly or indirectly.

“Some people are dying in nursing homes and prisons and not being counted, and some people are dying of heart attacks and not going to the hospital,” Kent Bottles, president of the Institute for Clinical Systems Improvement, said in a recent webinar. “The statistics, as bad as they are, are really underestimates.”