It's a complex issue, but research suggests one reason employees are eying the exit is that they no longer believe their employer cares about them.

As pandemic life approaches the 18-month mark, so many people are quitting their jobs that the phenomenon has earned a pop culture nickname: the Great Resignation. Millions of workers have given notice and moved on, and employers are having a tough time filling open positions. According to a new Gallup study, the Great Resignation cuts across industries and job categories — nearly half of U.S. workers are either actively seeking a new job or passively keeping employment options open.

It’s a complex issue, but research suggests one reason employees are eying the exit is that after an initial feeling of unity with their employers in the early days of the pandemic, the number of employees who believe their employer cares about them has declined. A Gallup poll says almost half of employees reported they believe their company leaders care about their wellbeing in April 2020. By March 2021, only a third still believed that. 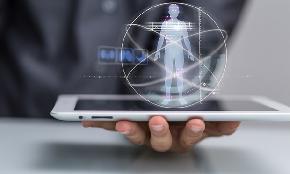 Independent contractors have become an integral part of the workforce, but they aren't immune to burnout and mental health issues.