Why the 'good' jobs news is tentative

When people aren’t looking for work, federal data treats them as no longer part of the workforce.

Friday’s job numbers, showing what happened in October, have experts trying to parse the results. It’s tough because things are moving in various directions and trying to outguess what the Federal Reserve might do in terms of future interest rate hikes is difficult.

The number of jobs created, 261,000 in October, is historically strong and economists had expected a number closer to 200,000, according to the New York Times. But as Economic Policy Institute president Heidi Shierholz noted on Twitter, that is far off the average pace of 539,000 per month from the first quarter of 2022.

The unemployment rate, at 3.7%, was “up for the wrong reasons” — fewer people working and fewer looking — according to a tweet from Andrew Stettner, a senior fellow at the Century Foundation. 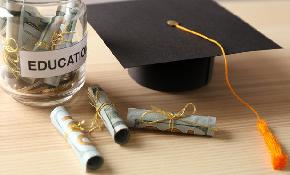 EVP of Corporate Partnerships at AllCampus, Jeremy Walsh, encourages employers to help their employees invest in their skills and expand their capabilities, even during an economic downturn.