Wage transparency laws coming to a state or city near you

With the new laws, employers can gain a significant boost for talent, as nearly 8 in 10 employees expressed that they’re more likely to submit an application to listings with realistic salary ranges, according to a new report.

On November 1, New York City’s pay transparency law took effect, requiring the majority of city employers to provide “good faith” salary ranges for their open positions. The law echoes similar legislation in Colorado, Connecticut, Maryland, Nevada, Rhode Island and Washington and California, whose law goes into effect Jan. 1, 2023. However, with NYC being home to many of America’s most prominent corporations, this law provides an interesting glimpse into how pay transparency will truly impact the hiring market, as similar legislation is likely to pass in other states and major municipalities in the coming years.

In the law’s opening weeks, a significant loophole has emerged that employers are using to bypass the requirement to provide “good faith” salary ranges. Specifically, some city employers have posted ranges as wide as nearly $500k, leaving candidates uncertain about the reality of the salary. While these employers are technically complying with the law, they are typically providing the wide ranges to avoid the potential pitfalls of publicizing salary data and may actually be putting themselves at a talent attraction and retention disadvantage. However, employers who choose to embrace transparency can gain a significant boost in America’s ongoing war for talent. 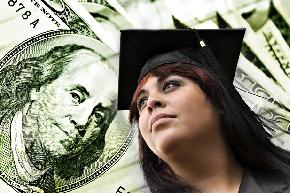 Biden shifts to Plan B with another student debt relief program

This income-driven repayment plan for student loans could cut some borrowers’ payments in half or erase all remaining debt after 10 years for those who took out $12,000 or less.