92 percent of baby boomers believe in a retirement crisis

A new study from Allianz Life Insurance of North America finds that the majority of baby boomers believe there is a retirement crisis in the United States, and they're unprepared to deal with it.

A new study from Allianz Life Insurance of North America finds that the majority of baby boomers believe there is a retirement crisis in the United States, and they are unprepared to deal with it.

The 2011 Reclaiming the Future study was originally conducted in 2010 with more than 3,000 participants. Aliianz surveyed 439 of the same participants to see how attitudes had changed in the last year.

Don’t let your clients bank on Medicare in retirement

Health Savings Accounts (HSAs) can help pay for health care expenses now, and both health care and other expenses in retirement. 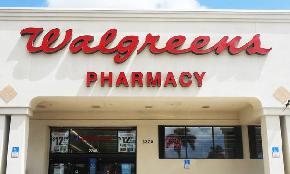 Walgreens is the final defendant to settle in Florida’s opioid case, bringing the state’s total litigation wins to more than $3 billion.

SPACs and the future of new investment strategies