How pot could save health reform, why 80 is the new 65 and whats up with wellness

Health reform reaches the Supreme Court: On Monday, the Supreme Court agreed to hear a challenge to Obama’s 2010 health law. Oral arguments are scheduled for March 2012, with a decision expected in June, just as the presidential election will be heating up. The announcement comes during a week when a new Gallup Poll finds that more Americans now oppose the health law’s individual mandate, even though health insurance premiums are spiking in every state.

Court observers are offering mixed predictions on whether the health law or its key provisions will be upheld or struck down. Mother Jones offers one of the more novel analyses, suggesting that a 2005 Supreme Court ruling that backyard pot cultivation still fell within the purview of the Commerce Clause because personal medical marijuana cultivation still constituted “part of a very large, interstate market.”  Don’t laugh. So far, two appellate courts that have upheld the health law have cited the 2005 ruling. If Congress can regulate someone growing pot in the backyard for personal medical use, “it is difficult to say Congress may not regulate 50 million Americans who self-finance their medical care,” wrote Sixth Circuit Judge Jeffrey Sutton, a Bush appointee who ruled in favor of Obama’s health law.

States with the highest and lowest health care spending

Tax season and HSAs: How employers can help provide support

Employers can play a role in guiding employees through the process of reporting health savings account (HSA) activities on their tax returns. 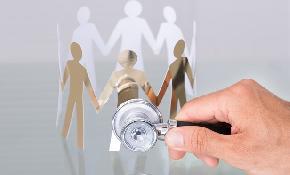 U.S. women have the highest death rate from complications of pregnancy and childbirth, with nearly 24 maternal deaths for every 100,000 live births.