California's massive CALPERS system has been accused of avoiding emerging money managers. No matter who's in charge, they've been losing money, the system notes.

Despite being the test ground for every other social experiment in America, elected officials are accusing California – and its public pension plan, the largest in the country – of shirking its social responsibilities in its investments.

According to Reuters, the $244 billion California Public Employees Retirement System has been accused of purposely avoiding new and emerging money managers – investment firms often managed by women and minorities – and instead going with older, more mainstream firms. And still losing money in the process, State Senator Curren Price Jr. added.

How to tactfully network with people you already know: It's all about them

Everything starts with learning about them and letting them know more about you. Here's how to do it without being pushy. 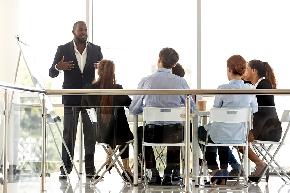 How to become a center of influence

You can help people and give back to your community while also raising your visibility.