S&P analyst John Sugden warns that if Pennsylvanias political leaders dont implement meaningful pension reform, the agency will lower ratings for the $545 million the state plans to borrow in general obligation bonds, and the $293 million it has planned for bond refunding.

Standard & Poor’s Rating Service is saying it will lower the state of Pennsylvania’s credit rating in the next few months if state’s leadership doesn’t get its act together, pension-wise.

In a report to investors, S&P analyst John Sugden warns that if Pennsylvania’s political leaders don’t implement “meaningful pension reform,” the agency will lower ratings for the $545 million the state plans to borrow in general obligation bonds, and the $293 million it has planned for bond refunding. S&P currently places a AA (“Very Strong”) rating on Pennsylvania’s debt.

In her session at BenefitsPRO Broker Expo in Austin on Monday, Allison De Paoli delivered a pep talk on dealing with change, with practical tips for brokers and advisors. 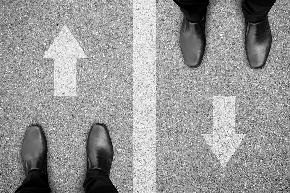 "Stealing" is such an ugly word, and it implies you were helpless to stop your competitor. But you're not. Here's how to be proactive.