These are the fastest-growing jobs in the U.S.

Eight of the 15 fastest-growing occupations are in health care, with median salaries in 2016 ranging from $21,920 for personal care aides to $101,480 for physician assistants

Home health aides, statisticians, solar-panel installers and software developers are among the 15 fastest-growing occupations in the U.S. and reflect the needs of an aging population, a shift to clean energy and employer demand for science, technology and math talent. 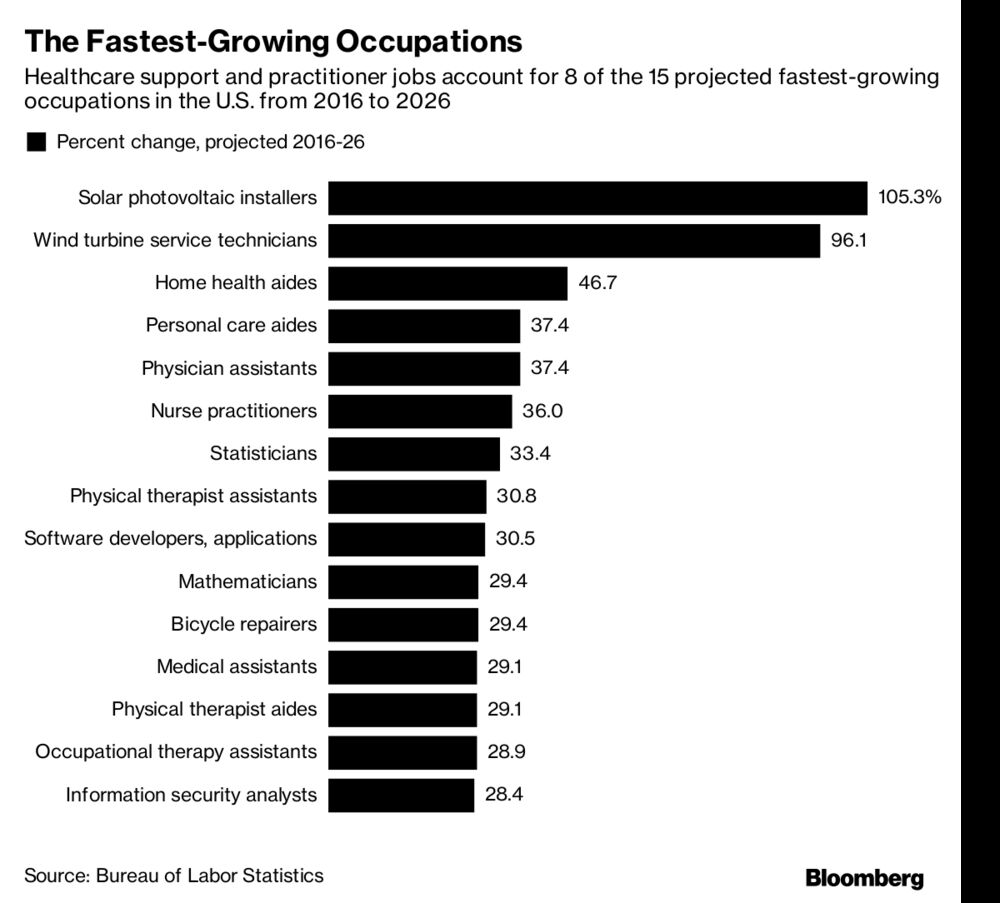 The number of solar photovoltaic installers — responsible for installing systems on roofs or other structures, and earning a median annual wage of $39,240 in 2016 — is projected to more than double from 2016 to 2026, according to data from the Labor Department’s biennial employment projections released Tuesday.

This latest notice, which gives employers until the end of 2025 to make most changes to their 401(k)s, impacts provisions of CARES and Relief Acts that were not addressed by previous deadline extensions.

Let's update the enrollment communication by updating the terms of engagement

Even though we have made the process easier and are delivering benefit choices through digital media, surveys of employees continue to show dissatisfaction.

For benefits advisors looking to leverage health intelligence win larger groups, it’s not about more data, it's about direction.