More than a few employers expect sexual harassment claims to increase as the floodgates of reporting have opened up, prompting many to revisit their workplace policies and training.

More than a few employers expect sexual harassment claims to increase as the floodgates of reporting have opened up, prompting many to revisit their workplace policies and training, according to the i4cp report, “HR & the Weinstein Effect.”

“It’s obvious we’ve entered a new era of zero tolerance on sexual harassment and assault,” says Kevin Oakes, i4cp’s CEO. “What’s not obvious to companies is how to deal with it.  Clearly no organization wants to be slow in addressing issues, and the speed at which claims are being handled now is unprecedented.

The lowest unemployment rate since May 1969 might push the Fed, which just hiked interest rates this week by 0.25%, to keep the rate increases coming. 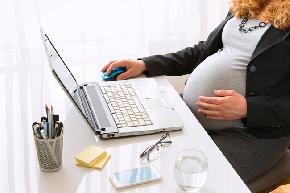 Together, the PWFA (effective June 29, 2023) and the PUMP Act (Effective Jan. 1, 2023) are rare bipartisan laws aimed at enhancing protections for pregnant and nursing mothers in the workplace.