The proposal would allow people covered by ACA or employer-provided plans to instead choose a new Medicare-based insurance plan.

Medicare may not be popular with Republicans, but Democrats are proposing yet another riff on the health care program as the party heads closer to common ground on single-payer.

The Hill reports that this latest iteration, called the Choose Medicare Act, was introduced by Sens. Chris Murphy, D-CT, and Jeff Merkley, D-OR. While it doesn’t go as far as the bill proposed by Sen. Bernie Sanders, I-VT, it instead keeps private insurance going—although it would allow people covered by Affordable Care Act plans and plans provided by their employers to instead choose the new Medicare-based insurance plan if they want. 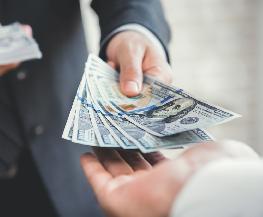 Which states offer families the best (and worst) chance at a living wage?

Financial stress is no respecter of salary level, but families will have an easier shot at a livable wage depending on where they are in the U.S.

To deliver on the heart of Biden’s economic agenda, policymakers will have to address worker shortages worsened by the pandemic.