A judge ruled that alleged harms to the state "flow from concerns about a decision that the Trump administration has not made and may never make."

A federal judge dismissed a lawsuit by the state of Maryland seeking a ruling that the Affordable Care Act is lawful even without the tax penalty once tied to it.

The decision has no immediate impact on a law, commonly known as Obamacare, that President Donald Trump has unsuccessfully sought to abolish. In a separate case that’s now on appeal, a Texas judge in December agreed with a coalition of Republican states that President Barack Obama’s signature health-care overhaul should be scrapped because Congress removed the penalty for not having insurance. 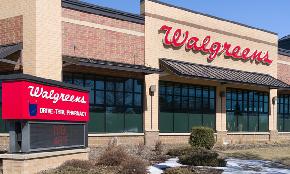 Walgreens-backed VillageMD to buy Summit Health in $8.9B deal

The merger, which is expected to close in the first quarter of next year, will create one of the biggest independent doctor groups in the US providing primary care, specialty care and urgent care.