How can policies, culture prevent pregnancy from harming women's careers?

The more maternity leave women take, the greater the risk that employers will avoid putting women in leadership positions.

The push for paid maternity leave has traditionally been cast as a way to support women’s ability to raise families and pursue careers. But even the most generous maternity leave policies don’t completely eliminate the challenge that motherhood poses to a woman’s career. In some cases, they may even exacerbate them.

In Denmark, for instance, research shows that women’s earnings match men up until childbirth, after which a sharp disparity emerges. The country’s current leave policy provides mothers with 18 weeks of paid leave and fathers with two weeks of paid leave after the birth of a child. Parents are allowed to split the remaining 32 weeks of paid leave as they wish. In the great majority of families, it’s the mother who takes most of that leave. 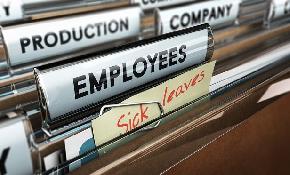 Better PFML programs can help keep women in the workforce

Here are a few steps employers can take today to make meaningful changes in their paid family medical leave management.