Health care data has never been more vulnerable. In July, 42 separate hacking incidents led to the exposure of 22 million people’s health care data, according to the Department of Health and Human Services’ Office of Civil Rights.

That’s the second-highest number in a month since the department began tracking breaches in 2010. The only worse month was February 2015, when Anthem suffered a massive breach that exposed the data of its nearly 80 million members. 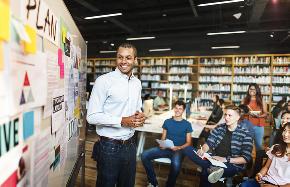 Leveraging innovative technology supports administrators in enhancing efficiency and optimizing operational performance while providing teachers and staff with the benefits that they need.