President Trump is hoping to drum up support among seniors and insurers with his package of Medicare enhancements.

President Trump took his Bernie-busting road show to Florida Thursday, unveiling a series of steroid injections to Medicare that would have the effect of defending the rights of seniors and the profits of insurers. The President’s trip to a comfortable senior facility in Central Florida put him back on the offensive after a week of reacting to the Democrats’ latest impeachment attempt.

Trump and his hand-picked Centers for Medicare & Medicaid Services administrator, Seema Verma, have been turning up the heat on Bernie Sanders’ proposal to cover all Americans under one enormous Medicare insurance umbrella. From the White House perspective, such a plan is loaded with flaws that would put older Americans at risk and cut out Medicare Advantage plans entirely. 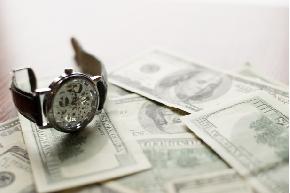 Some factors in saving for retirement are beyond employees' control