In one instance, a doctor who prescribed Novartis drugs 8,000 times allegedly received $320,000 in fees for dubious engagements.

By Vasilios J. Kalogredis and Rachel E. Lusk Klebanoff | August 05, 2020 at 10:13 AM | The original version of this story was published on The Legal Intelligencer
X

After nearly a decade of litigation, Novartis Pharmaceuticals Corp. (Novartis) has agreed to pay over $678 million in separate settlements to resolve claims that it systematically violated the federal False Claims Act and the Anti-Kickback Statute after the company spent more than $100 million on lavish meals, fishing junkets, golf outings, wine tastings, sporting events and speaker fees to influence thousands of doctors to prescribe its medicines.

The settlement resolves the lawsuit captioned Bilotta v. Novartis Pharmaceuticals, No. 1:11-cv-0071-PCG (S.D.N.Y.) initially filed in 2011 by a former Novartis sales representative under the private whistleblower provisions of the False Claims Act, which permits private parties to file suit on behalf of the United States for false claims and share in a portion of the government’s recovery. The U.S. government joined the civil suit in 2013.

Excluding employer-provided care from drug pricing reform is raising concern among both progressive and employer organizations. 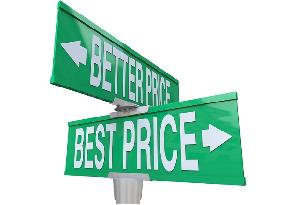 It’s time we ask ourselves if the employee benefits industry is giving members the resources they need to educate themselves to make savvy decisions,