the number of women working outside of the home is the lowest it's been in 34 years, a fact that should trouble all of us.

In the last year alone, millions of individuals left their jobs. Some have called it a crisis for the American economy, while others dubbed it “The Great Resignation.” Among the millions of people leaving the workforce is a staggering number of women who have exited the pandemic, prompting even more precise naming for this crisis of labor — the “shecession.” Today, 1.3 million women remain out of work. While this statistic alone is worrisome, it’s even more troubling when considering that the number of women working outside of the home is the lowest it’s been in 34 years.

Before COVID-19, women had been making steady gains within the workplace. McKinsey reports found that women in the workplace reached two all-time highs in 2019: women in senior positions hit 28%, and women in the C-suite increased to 21%. Women’s rights initiatives, like the #MeToo movement, were driving efforts to end sexual harassment and close the gender pay gap in the workplace. However, the onset of the pandemic obstructed and even reversed much of the progress made for women’s equality. 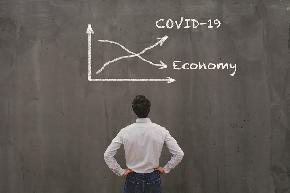 Is there a link between long COVID and the U.S. labor shortage?

A new report from The Brookings Institution suggests that long COVID could account for 15% of all unfilled jobs.