Nonprofits will be given some leeway when calculating the cost of fringe benefits such as parking benefits and won’t face penalties this year.

The Internal Revenue Service moved to soften the hit from a controversial provision in last year’s tax overhaul that imposes a tax on some coveted benefits for employees at nonprofits.

The law sets a 21 percent tax rate for nonprofits on so-called fringe benefits — such as free parking and fare for mass transit — they provide to employees. Previously, nonprofits didn’t have to pay tax on the perks. Religious groups have pressured top Republican leaders, including House Ways and Means Chairman Kevin Brady, to repeal the tax this year. 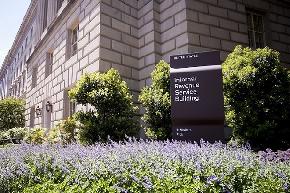 Key contribution limits employers need to know to administer their benefit plans for 2022.