“It’s not just high volumes. It’s completely off the scales of what was thought was possible in an economic downturn,” says one official.

(Bloomberg) –In Michigan and New York you can only call on certain days of the week, depending on your last name. In New Jersey, it’s hourly slots based on your social security number. Ask for help in Texas and you might end up engaging with a guy called Larry, who’s really just a bot.

Across the U.S., state governments are scrambling –- and sometimes failing — to cope with the historic surge in unemployment claims triggered by the coronavirus recession. An additional 6.6 million people filed for unemployment benefits last week according to new numbers out Thursday. That took the staggering toll to 16.8 million claims in three weeks, or one in 10 American workers.

Related: 10 states where unemployment is rising the most

Yet even those numbers don’t capture all the strains that have brought social infrastructure in the world’s biggest economy close to breaking point, and tested the patience of the many people still struggling even to lodge claims after being plunged into an economic crisis.

Call-centers that process applications can barely hire people fast enough. Answering services are overwhelmed. Decades-old computer systems aren’t up to the task, forcing people in Florida this week to wait hours for the paper forms that turned out to be the only way to avoid an overcrowded online system and register for benefits.

“It’s not just high volumes. It’s completely off the scales of what was thought was possible in an economic downturn,” said Josh Richardson, chief of staff at the Indiana Department of Workforce Development. “We were unprepared for what occurred. I’m not too reluctant to say that.”

Two weeks ago, more than 120,000 people in Indiana applied for unemployment benefits. That’s more than quadruple the previous weekly record, set in January 2009 at the height of the Great Recession.

At one point, it translated to 65 new calls per second on the unemployment hotline, overwhelming not just the humans picking up the phones, but the automated answering service too.

State officials have a daunting double task. They’re bracing for another wave of claims, and also figuring out how to clear their backlog.

In Connecticut, that could take six weeks and some new computer code, according to Nancy Steffens. She’s a spokeswoman for the state labor department, which would receive about 3,000 claims in a normal week and has gotten more than 100 times that amount since mid-March.

On the other end of the process are millions of Americans suddenly deprived of their livelihoods. And even those who manage to file their claims aren’t out of the woods. 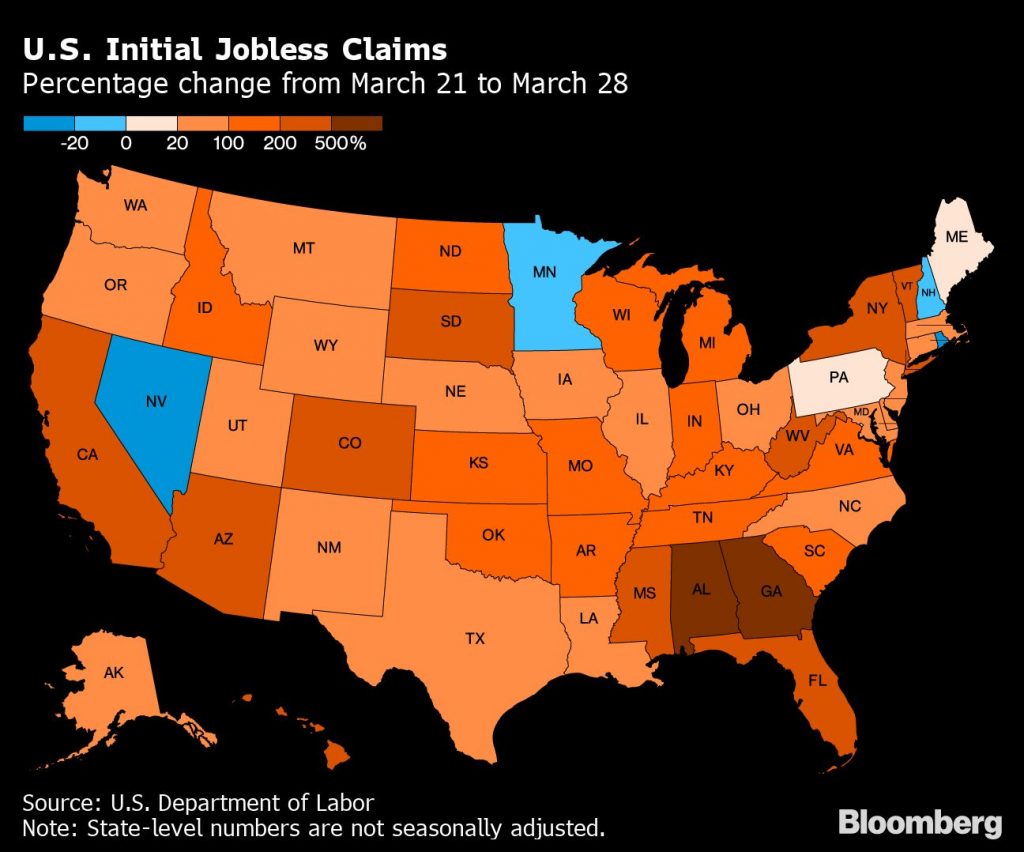 Mark Francis, a freelance photographer in Houston, applied April 1. More than a week on, he’s still trying to work his way through the Texas bureaucracy, which wants more information.

“You can’t get through on the phone lines no matter what time you call,” he said. “It’s complete gridlock.”

Francis said he’s tried engaging “Larry,” the online chat-bot deployed by Texas authorities to help speed up processing, but didn’t get much help.

‘All hands on deck’

Cisco Gamez, a spokesman for the Texas Workforce Commission, said the state had moved 450 people from other departments and hired another 100 to work call centers, as it tries to ramp up capacity to address jobless claims. “It’s all hands on deck,” he said. “We’re looking at every avenue.”

But like peers elsewhere, Texas officials are dealing with numbers that are literally off the charts. The state helped about 700,000 Texans file unemployment claims in the whole of 2019. It’s surpassed that number in the past four weeks –- including one frenzied 24-hour period when a toll-free hotline got more than 3 million calls.

Oil states are getting battered by the crude-price collapse, as well as Covid-19. In Oklahoma, for example, a booming energy industry had shielded labor markets from the worst of the pain during the last big financial crisis of 2008-2009.

Filings for U.S. unemployment benefits post third straight week in the millions “We didn’t see the hit that many other states did,” said Robin Roberson, executive director of the Oklahoma Employment Security Commission. A former tech entrepreneur, she was brought in 9 weeks ago to modernize the department just as the virus started to hit.

Her job has turned into an emergency response. Claims soared from an average of 2,000 a week or less, to 150,000 in the past month. Habits formed during a period of fairly full employment have gotten a jolt.

“We haven’t been fast nor have we really kept up with a ton of the training, because we didn’t need to,” Roberson said. “We’ve made some pretty drastic changes over the past couple of weeks.”

In many states, the $2 trillion rescue package signed by President Donald Trump last month could add another category of applicants. It extends federal unemployment benefits to self-employed workers and contractors, who normally wouldn’t qualify, and leaves states struggling to cobble together new programs.

Tony Baker, a 35-year-old software developer in Sterling Heights, Michigan, lost his last client — a website that helped book stays at now-deserted campgrounds — at the end of February.

More than a month on, he hasn’t been able to even file for unemployment because authorities in Michigan say they’re not yet accepting claims from workers like him, despite the federal rescue package.

To make matters worse, he’s worried that his $1,200 government check –- another much-touted element of the stimulus bill — may be delayed because the IRS doesn’t have his direct-deposit details.

Jason Moon, a spokesman for the Michigan Department of Labor and Economic Opportunity, said the state would soon begin accepting claims like Baker’s.

“We’re assuring every eligible worker in Michigan that files for unemployment that they will receive the benefits that they are entitled to,” Moon said. The department is ramping up staffing for its unemployment hotline, which by the end of this week will approach four times the pre-virus level.

Amid all the unprecedented numbers, it’s easy to lose sight of the fact that behind every call or claim is a human situation — sometimes complex, and requiring adjudication by a system already stretched to its limits amid a cascade of business failures and layoffs.

Claims can get disputed or rejected, for reasons that often feel unfair to the claimant. Appeals take time that people in such predicaments can rarely afford.

Raven Gilbert moved to North Carolina from California in December last year. She managed the bar at Hunter House & Gardens, a restored Colonial farmhouse that became a venue for weddings and other events, until she was laid off March 15.

Gilbert says she even got up at 3 a.m. in an attempt to file for unemployment online, and still couldn’t get through. She eventually managed to lodge her claim, but then watched as her status mysteriously changed from “pending” to “ineligible.” She finally received an official denial on Wednesday, for reasons that she’s pretty sure boil down to a technicality but will take time to address.

Meantime, she’s not getting the help that she and her elderly mother, who now lives with her, are badly in need of.

“It’s already a difficult situation, to stay inside,” she said. “Yet you know your family suffers because you’re not being able to support them. And that’s rough. It’s just really rough.”

–With assistance from Alex Tanzi, Michael Sasso and Anita Sharpe.

Copyright 2020 Bloomberg. All rights reserved. This material may not be published, broadcast, rewritten, or redistributed. 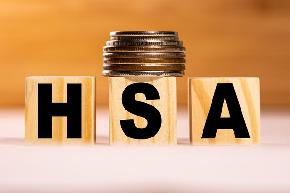