We need to talk about the armadillo in the room

87 percent of traditional DB pension plans are now cash-flow negative -- an inflection point that, when graphed, resembles an armadillo’s back and poses challenges for sponsors.

As the coronavirus spread across the globe in March, it led to a liquidity crisis that was without precedent. Even U.S. Treasuries—often considered the most liquid investments on the planet—became difficult to sell. The Federal Reserve has, for now, alleviated the worst of the crisis. But for institutional investors such as pension plans, which regularly need to pay their members, liquidity will remain a pressing worry.

This problem is likely to get deeper over time, and not simply due to underlying market dynamics. Many pension plans are now cash flow negative—in other words, they are paying out more than they are taking in on an ongoing basis.

In addition, more and more retirement programs are moving from the “accumulation” phase of their lifecycle to the “decumulation” phase. They are closing the pension to new participants and beginning to spend down the asset base accumulated earlier in the plan’s lifecycle. According to an analysis recently conducted by Insight Investment, 87 percent of traditional defined-benefit pension plans are now cash flow negative.1 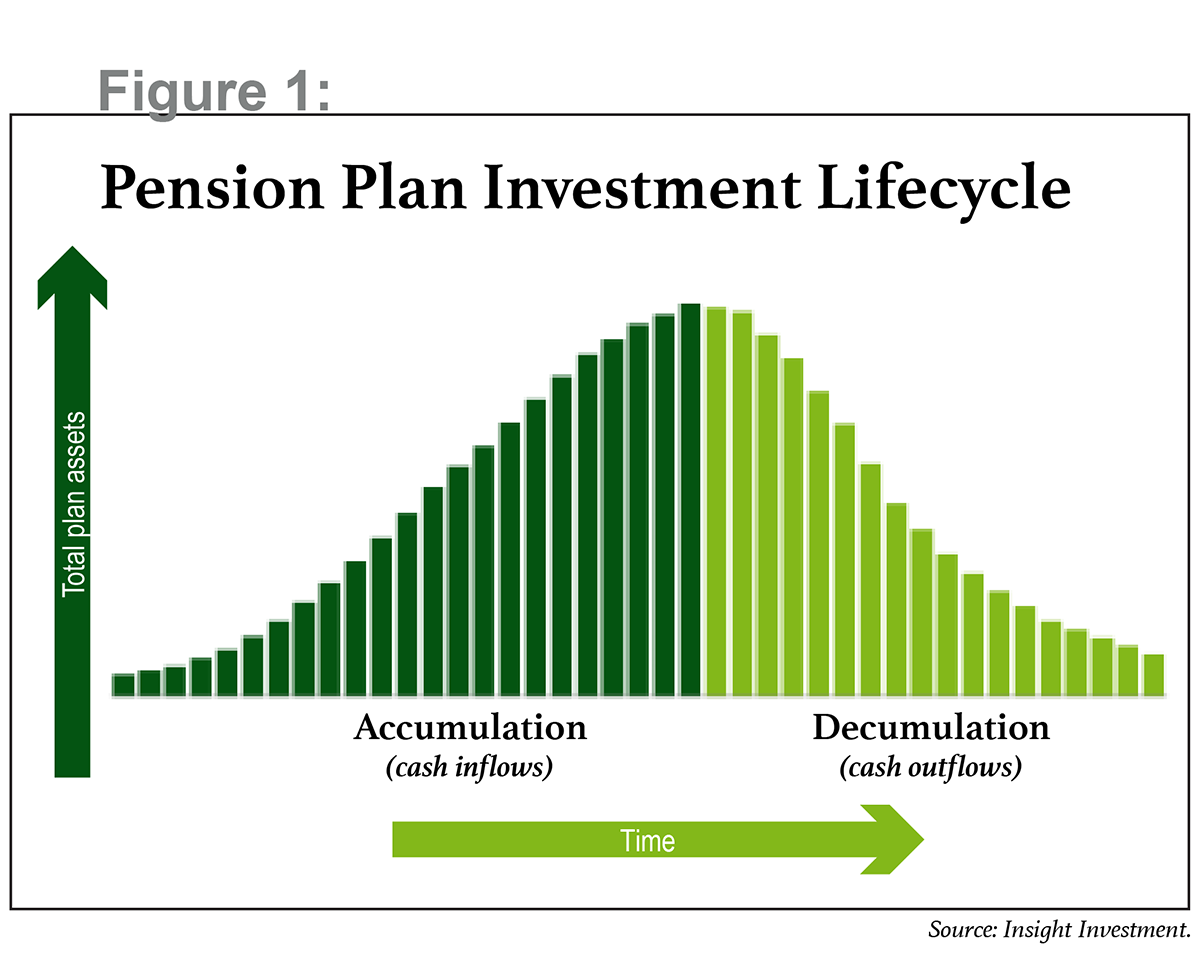