Only one in five public funds were resilient enough to weather future downturns by the end of 2019, according to the Equable Institute.

Public pensions entered the recession caused by COVID-19 in a worse position than the 2008 Great Recession despite a decade-long bull market, according to a new report released by the Equable Institute.

Only one in five public funds were resilient enough to weather future downturns by the end of 2019, according to the report, and unfunded liabilities are expected to grow to $1.62 trillion in 2020, up from $1.35 trillion in 2019. That would bring the aggregated funded ration to 67.9%, the lowest point in modern history.

Nate Robson is the U.S. Supreme Court and regulatory editor. Contact him at [email protected]. On Twitter: @Nate_Robson1.

Employees surprised by their WFH productivity during the pandemic, says survey

Many workers saw the ability to work from home 2-3 days a week as worth 5% of pay, with higher valuations for women, people with children and those with longer commutes. 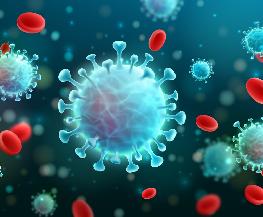 The post-COVID health care report card: Which states ranked the highest (and lowest)?

The Commonwealth Fund's annual scorecard shows which states had the top-performing health care systems during the pandemic—and which states didn't.