A new guidebook identifies 49 drugs with less expensive alternatives that could be cut from the lists of drugs covered by employers. 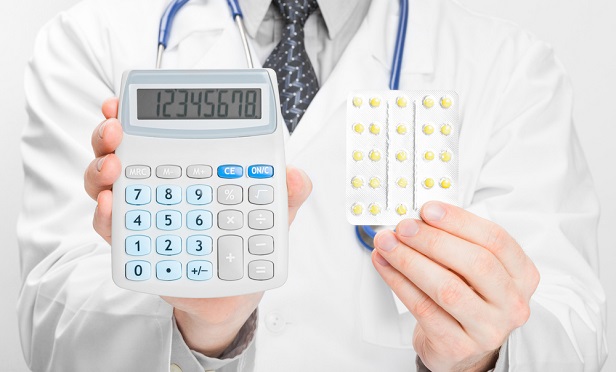 Drugmakers have long been under attack for how they price medications sold in the U.S., and for their efforts to undermine rules on when their products can be sold generically for less.

These days, many doctors are part of a hospital system and will only refer people to services within these systems which are usually more expensive. To increase the utilization of these tools, they can be part of an incentive program. These tools can also be part of a Concierge service or health care guidance platform (or both).

(Bloomberg) –A health plan covering thousands of California teachers stopped paying for a diabetes drug that cost $352 per prescription. In its place, the plan now pays less than $13. The difference? Instead of getting a 1,000-milligram dose of metformin, members got two 500-milligram pills.

It’s just one example of what some employers call “wasteful drugs,” and a coalition of West Coast employers says there are hundreds more. At a time when U.S. President Donald Trump is pushing to trim drug costs for Medicare by tying them to prices in other countries, the coalition is on a crusade to cut company spending on drugs nationwide by simply noting the cheaper choices already available, drawing the ire of drugmakers.

A guidebook produced by the Pacific Business Group on Health and researchers from Johns Hopkins University identifies 49 medications with less expensive alternatives that could be cut from the lists of drugs covered by employers. The group has pushed its approach to large employers for two years. Now it’s focusing on mid-sized companies at conferences, with webinars and through an online Excel sheet designed to help any company identify savings.

Lauren Vela, senior director of member value at the coalition, said it all comes down to who gains in the end. “There are so many folks making so much money on the existing system that the folks who really know how the system works don’t have an interest in changing it,” Vela said by telephone.

Vela presented at three online conferences this summer, and has at least two scheduled for the early fall, she said.

The medications outlined in the guidebook accounted for more than $6 billion in U.S. retail drug spending in 2019, according to data compiled by Bloomberg from Symphony Health. Drugmakers have long been under attack for how they price medications sold in the U.S., and for their efforts to undermine rules on when their products can be sold generically for less.

On Sunday, just weeks before the presidential election, Trump announced he had signed a presidential order on the “most favored nation” plan, which would try to link Medicare Part B and Part D prices to lower prices paid by other countries. In response, groups representing drugmakers said this could hurt their ability to find and test for new medications, while House Speaker Nancy Pelosi said Trump’s action took “no real action” to lower prices.

Researchers aligned with the Pacific Business Group, meanwhile, have analyzed six months of drug use and more than 2.5 million scripts for 15 large self-insured companies. They found that 6% of all claims were for what the report termed “wasteful drugs.”

In the case of just one, the leukemia drug Gleevec, use of generic imatinib could cut the average wholesale price 96%, a savings of $108.28 per pill, according to the report. The group says hundreds of other drugs could be replaced similarly.

“Generic drugs are an important part of the full spectrum of health-care solutions,” said Julie Masow, a spokeswoman for Novartis AG, the Swiss-based maker of Gleevec.

But the drug, which lost patent protection in the U.S. in 2016, “will remain on the U.S. market to maximize choice for health-care professionals and patients,” Masow said, “and Novartis plans to continue financial support for eligible patients.”

The Pacific Business Group also calls out therapies that combine two existing, cheaper pills into a more expensive single dose. And they urge removing pricey drugs that offer only small changes for the consumer, such as certain extended-release formulations or different dosage concentrations.

The Self-Insured Schools of California is a member of the Pacific Business Group on Health. It includes hundreds of school districts, manages drug benefits for 260,000 members and spends more than $300 million annually on drugs.

Since 2015, the schools group has cut more than 600 drugs from its formulary, according to John Stenerson, its deputy executive officer. That helped keep its drug costs roughly flat, compared with yearly double-digit percentages increases before, Stenerson said.

The plan replaced the migraine drug Treximet, which cost $219 per prescription after rebates, with pills containing equivalent ingredients that together cost about $7.

“We found that most physicians are very comfortable with changing the prescriptions,” Stenerson said. If doctors document a medical reason for prescribing a pricier drug, he said, the plan allows it.

While the Pacific Business Group’s guidebook is gaining support among companies, PBMs — which administer drug plans — and pharmaceutical companies are pushing back.

Drugmakers are taking issue with characterizing drugs as “wasteful.”

“Decision-making power on what medicines patients should take should rest with doctors,” Katie Koziara, a spokeswoman for the Pharmaceutical Research and Manufacturers of America, said in an email.

A trade group for PBMs, meanwhile, disputed the Pacific Business Group’s guidebook, saying it was based on limited data.

Greg Lopes, a spokesman for the Pharmaceutical Care Management Association, called the reports “dated” and said, “PBMs are the only entity in the supply chain reducing drug costs for consumers.”

Pharmacy benefit managers negotiate with drug manufacturers on behalf of employers, determining which drugs should be covered. But the employers say that the way PBMs’ services are sold makes it tough to tell whether they’re really saving money.

PBMs and consultants will typically present a spreadsheet that shows administrative fees, discount off-list prices, and rebate payments. The rebates flow from drugmakers to PBMs and ultimately back to plan sponsors, like employers or unions.

But Vela says employers often can’t easily tell if PBMs retain a portion of the rebates or other payments that incentivize them to keep expensive drugs on the formulary. “You’re hiring an entity to negotiate on your behalf, and the party with whom they’re negotiating is giving them money you don’t know about,” Vela said.

As the PBM business model has come under more scrutiny, benefit managers have pledged to be more transparent with rebates and pass them back to employers.

None of the three leading PBMs would comment on the guidebook analysis.

The array of discounts and rebates PBMs tout to their clients often obscures the fact that employers are paying for high-priced drugs when lower-cost alternatives exist, according to Thomas Cordeiro, a co-author of the guidebook and president of consultant Integrity Pharmaceutical Advisors LLC.

“Just because you have a high rebate doesn’t mean your cost is going to be low,” Cordeiro said.

Copyright 2020 Bloomberg. All rights reserved. This material may not be published, broadcast, rewritten, or redistributed.