Analysis: ACA has doubled insurance costs on the individual market

A new report from the Heritage Foundation suggests that Obamacare is too costly compared to alternative free-market solutions.

The Affordable Care Act (ACA) has more than doubled health insurance cost for some Americans, a new analysis from the Heritage Foundation said. The report concludes that eleven years after the ACA, Americans who buy health insurance on the ACA individual market are worse off financially then before the health reform law was passed.

The Heritage Foundation, which has been strongly critical of the ACA since it was proposed early in the Obama Administration, is a conservative think-tank based in Washington, D.C. This report sticks to the pattern; it finds that Obamacare is expensive and that more free-market solutions—like the ones proposed by the Trump administration—are a better idea.

The report attempts to define the total amount consumers paid for health care coverage. To do so, it uses data from the Medical Loss Ratio reports—a system put into place by ACA requirements to increase transparency—that health insurers are required to submit.

The report starts with data from 2013, the final year before the ACA was fully implemented, and then calculates per-member per-month (PMPM) costs for the years 2013-2019. It provides yearly, state-by-state numbers for insurance cost increases over that time period.

The Heritage report found a wide range of variation in these increases. Some states saw big increases in costs, others saw much smaller increases. One state, Massachusetts, had a lower monthly premium in 2019 than in 2013.

“Similarly, New Jersey, New York, and Vermont had also imposed costly regulations on their individual markets before the ACA; like Massachusetts, they all had high average premiums in 2013,” the report said.” Those states have experienced only modest increases in average premiums since the ACA’s implementation.”

The above quote illustrates the “tomato-tamahto” quality of some Beltway policy arguments. The difference between “costly regulations” and “needed reforms” often depends on where the analyst stands. This data shows that the states with the most expansive health insurance systems, ones that provided more comprehensive coverage to more people, saw the least increase in costs. This is likely because there was a much smaller gap between where they were and where the ACA tried to go: a near-universal health care system that provided comprehensive coverage for Americans.

There’s no doubt that premiums for the individual market have increased sharply in some years for many states. However, those markets, known in pre-ACA years for featuring relatively cheap plans with inadequate coverage that could be canceled with little warning, were the segment of the American health care system that was most in need of reform.

By contrast, employer-based insurance was more stable, mature, and much less affected by the ACA changes. It’s not surprising that costs went up more in the individual market, which was more or less redesigned from scratch by Obamacare. With subsidies moderating these costs for many Americans, the ACA individual markets did increase coverage: at their peak in 2015, the individual markets insured 19 million Americans. That number had dropped to 14 million by 2019, perhaps a sign that the Heritage Foundation’s critique over rising costs is not off-target.

However, it’s interesting that the one state where prices actually went down over the report’s time period was Massachusetts. That state’s health care reforms under Republican Governor Mitt Romney, passed in 2006, are widely credited with serving as an inspiration for the ACA’s reforms. One source of Romney’s ideas? The Heritage Foundation health reform proposals from the same time, which included individual marketplaces similar to the ACA’s. 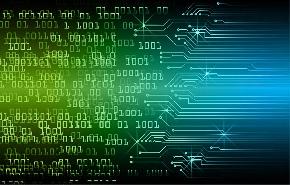 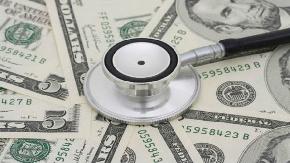