There are not many of us who don’t have to deal with debt in some form or another. There are such things as good debt and bad debt but Americans are feeling the pinch of a volatile economy in the midst of inflationary numbers not seen in two generations.

But heading into 2022, Americans actually saw their average debt, excluding mortgages, decline for the past three years to $22,354. “While the past three years paint a clear picture of declining debt levels in America, economic conditions have changed measurably since the start of this year,” says Rob Hayworth, Partner/Private Wealth Advisor with Summit Financial Group, Northwestern Mutual Private Client Group in Fort Wayne, Indiana. “Inflation is rising at the fastest pace in decades, which has created the need for many Americans to dig into their savings and/or take on more debt in recent months.”

“That said, we were highly encouraged to see that many people have been chipping away at their debt for the last several years and are optimistic that, despite the challenges people are facing in the short term, they will continue to remain committed to paying down debt in the long run,” he added. 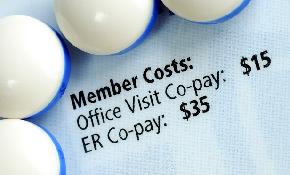