#MeToo lawsuits: What a company's liability insurance can and can't do

Employment practices liability insurance can help companies limit their risk in the face of a sexual harassment lawsuit, but that doesn't mean employers are off the hook.

Following the wave of attention garnered by high-profile cases involving sexual harassment and assault allegations against supervisors, employers are seeking out whatever help they can to prevent similar conduct from occurring under their watch. Employers try to limit their risk in a number of ways including purchasing employment practices liability insurance (EPLI) or by implementing policies that include education and internal dispute resolution processes to prevent and resolve sexual harassment disputes.

The legal fallout from workplace sexual harassment cost U.S. companies an estimated $2.2 billion on insurance policies alone in 2016, according to insurance analytics firm MarketStance. Insurance giant Nationwide reported a 15 percent jump in EPLI from fall 2016 to September 2017, which coincides with the sexual harassment scandals that ousted Roger Ailes and Bill O’Reilly from Fox News. 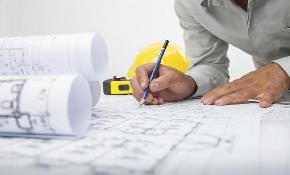 Upskilling and reskilling: The blueprint for success in a competitive hiring market

Offering employees the chance to learn something fresh and access new opportunities can be precisely what they need to stay.

AI, ADA and EEOC: Are your hiring practices compliant?

Employers are responsible for vetting potential bias in AI-based hiring tools and the EEOC warns of three potential ACA violations.