Dems introduce legislation to provide $10B annually to fight opioids

The legislation is modeled after the Ryan White Act, passed in 1990, which provided billions in federal money to combat the AIDS crisis.

In the latest move to combat the opioid crisis, Rep. Elijah Cummings, D-MD, and Sen. Elizabeth Warren, D-MA, are introducing legislation that would require $10 billion a year in federal funding to take on the plague of overdoses ravaging the country.

The Baltimore Sun reports that the legislation is modeled after the Ryan White Act, passed in 1990, which provided billions in federal money to combat the AIDS crisis. It would provide federal assistance directly to local and state governments to provide treatment services. 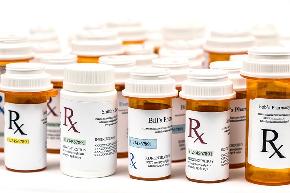 Prescription drugs are often one of the most overlooked and under-scrutinized health care costs within benefits administration.